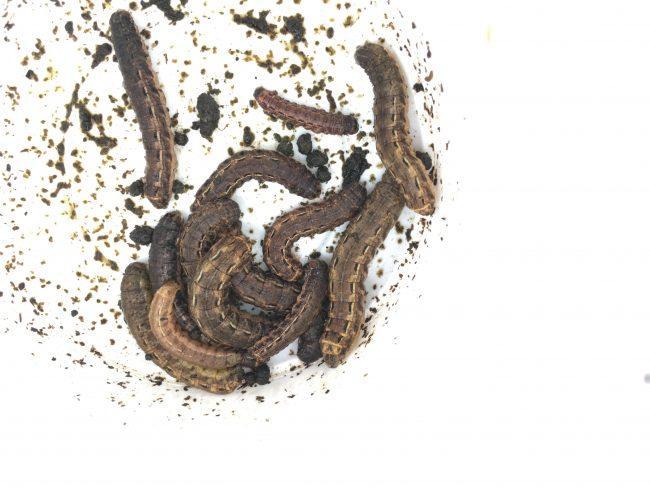 Mentoring Students in My Greenhouse taught me so much 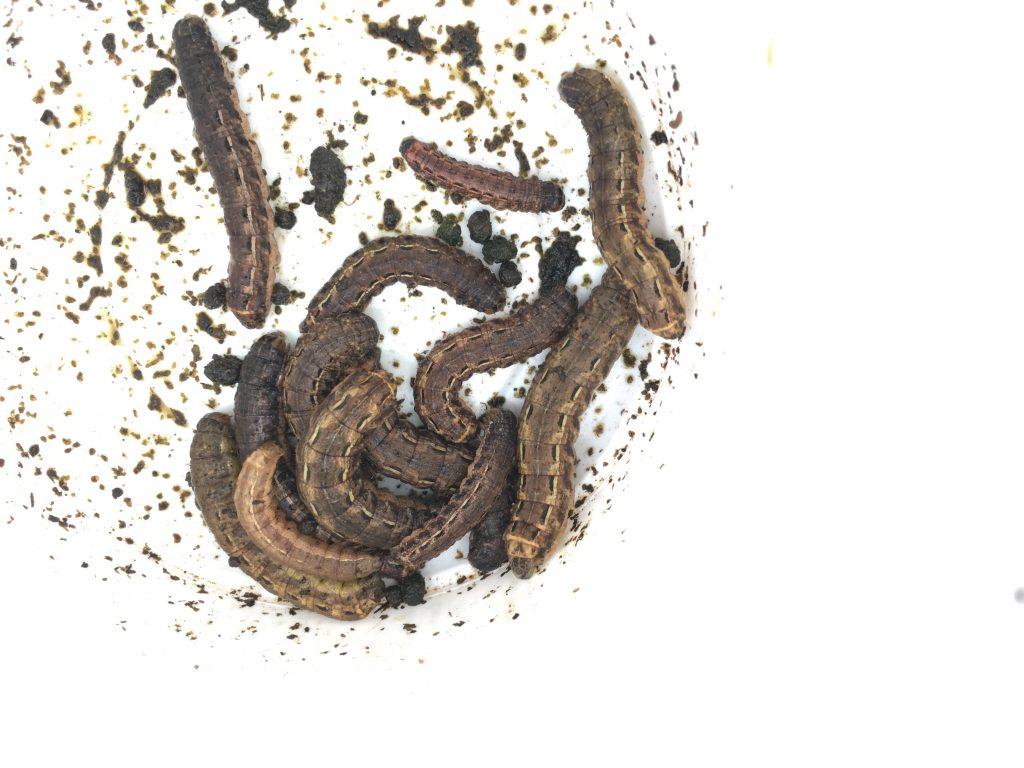 Climbing cutworms come out at night, eat leaves and sometimes entire plants and then vanish during the day. I had never seen them in my BC greenhouse before – just outside in summer – until the youth I was mentoring pointed out the missing leaves and leaf parts on my spinach in February.

I was mentoring youth as part of Goodseeds, a training program, this winter and I wondered what we would do  for a week once my shed was clean and the shears were sharp. It was snowy outdoors so we couldn’t attack my world of weeds. I had to get more creative.

In the end I realized there are so many jobs to be done in winter if you put your mind to it. Grapes, for instance, need pruning.

We also researched plant spacing and made a comprehensive list of how far to space vegetable plants in a row and between the rows. I should have had this list years ago because I never sit around making lists. I will be giving these sheets away when I run my next garden expert classes on April 21 and 22 (SEE DETAILS HERE) and I emailed copies of the list to my students.

All the seeds were separated with pieces of cardboard. This way I can easily see what needs seeding early and late. Then we seeded 20 kinds of vegetables and watched them come up even though we were only together for less than two weeks. Every morning we went out to the greenhouse first thing to see what was up.  On day two the students noticed something eating my greenhouse spinach. I caught one bugger and then I caught a dozen.  Next morning our project was “identify the pest.”  I  enjoyed watching the girls sort through an app I suggested (Forinsects in Apple itunes) They downloaded it on their phones but I also supplied them with a few of my favorite bug books. It didn’t take long until the critters curled up and were identified. One student wanted me to release the insects but I suggested she could do that in her mom’s garden, not mine, and that was the end of the discussion.

I appreciated the youthful excitement and joy the students brought to me. Even though I was the mentor I learned a lot. I taught them Mailchimp and they taught me Instagram and I forgot to tell them not to bury the lettuce seed (it needs light to germinate). Usually lettuce is up in as little as two days but they got buried when we seeded it. I guess I do some of these jobs without thinking and after it was done it was too late to remove soil for fear of scraping off seeds. The lettuce is coming up now but it is way behind where it should be.

One cloudy morning we started shaping the  apple tree and removing suckers called water sprouts.  These are the tall shoots that pop straight up without side branches . They all need to be removed because they are not strong enough to form second year’s growth from the soft lush long sprouts that formed last year. It looks like an easy job but every time we stepped back from the tree we saw more sprouts to be removed. 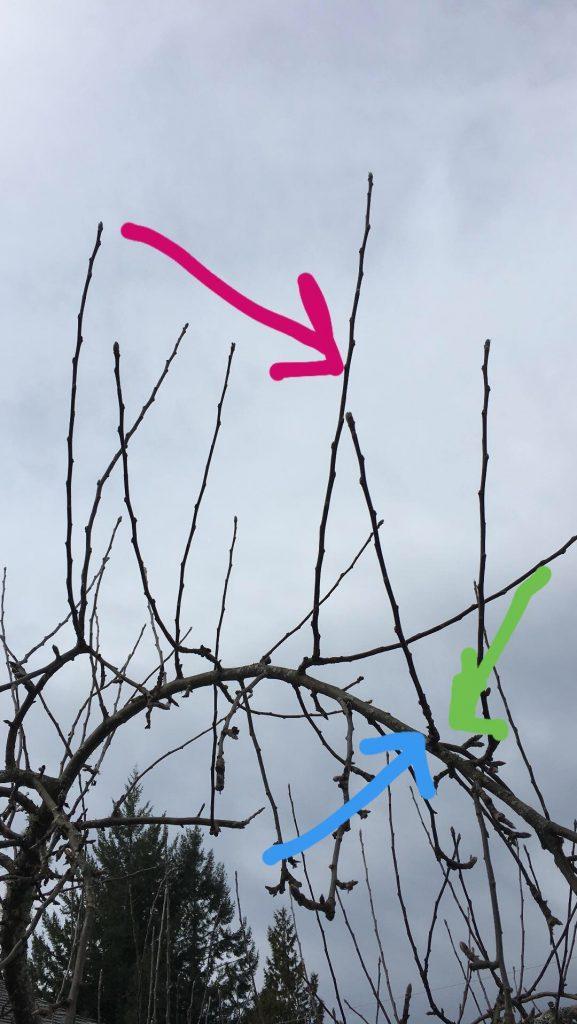 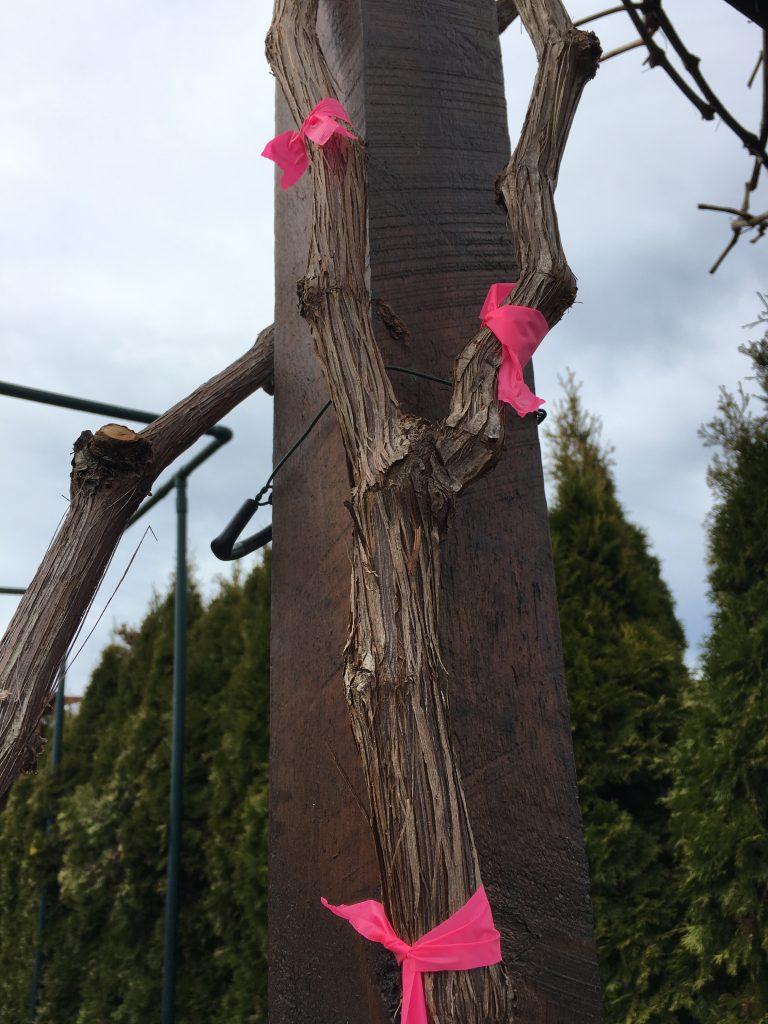 With tools sharp we pruned grapes. It was a learning experience for all of us. Most commercial grapes are pruned to a short stump but we were pruning to cover my (3 M) 9 foot tall arbor. Pruning is a 3-D problem so we placed ribbons on the branches we wanted to save to remind me – and the students – not to clip the main branches we were trying to save. This was a trust situation. I wasn’t making the cuts. The students were. With grapes you allow the vine to branch once, twice and then four times until it is up and over the arbor. And then you cut back the remaining fine twigs to two buds. Pink flagging tape marks the grape vine structure  we are keeping.

After finishing the pruning we went into the greenhouse to make cuttings from the fresh vines in an effort to propagate new plants from old. I guess it will be a couple of months before I know how that worked out.  and we put the cuttings on my heat mat in the greenhouse and covered them with light landscape fabric (Agribon) to keep them from getting a chill. We also tore apart an old Echeveria plant and broke it apart into tiny pieces so it is ready to plant outdoors again this summer. 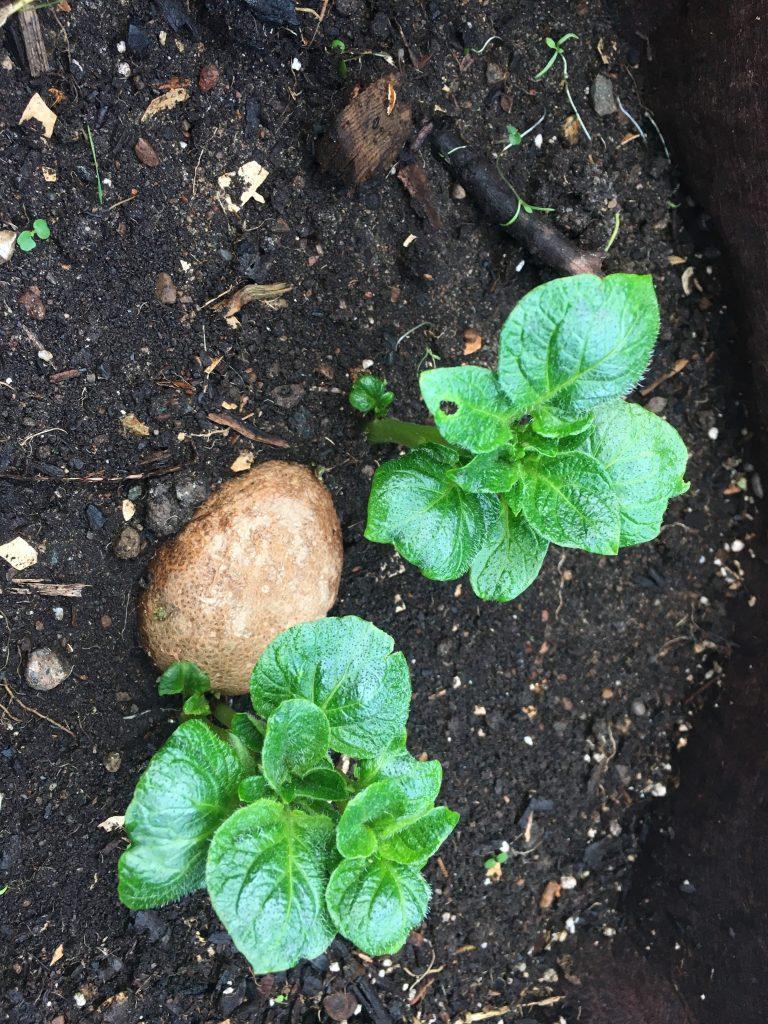 My potatoes are sprouting in the BC greenhouse because I heat the soil. Even though they are in the greenhouse, the plants are covered at night with Agribon.

The youth loved lifting the Agribon off  my potatoes and checking for buds and growth daily. One student did not understand how potatoes grow so I dug one up and showed her the roots and then we watched the stems form over her week with me. When I sent them to the greenhouse to pick green onions for a salad they couldn’t find any. So I went with them and pulled out the onions and cut off the roots and they felt so dumb. Of course washed and trimmed is how we all usually see green onions in the store, so this was part of the learning!

Mentoring isn’t for everyone and I am not sure who learned more from the process but everyone left happy and we made pizza on our final day from food grown in my garden. I loved our time together and would definitely do it again. My only regret? I didn’t take photos of the youth. We were too busy working. 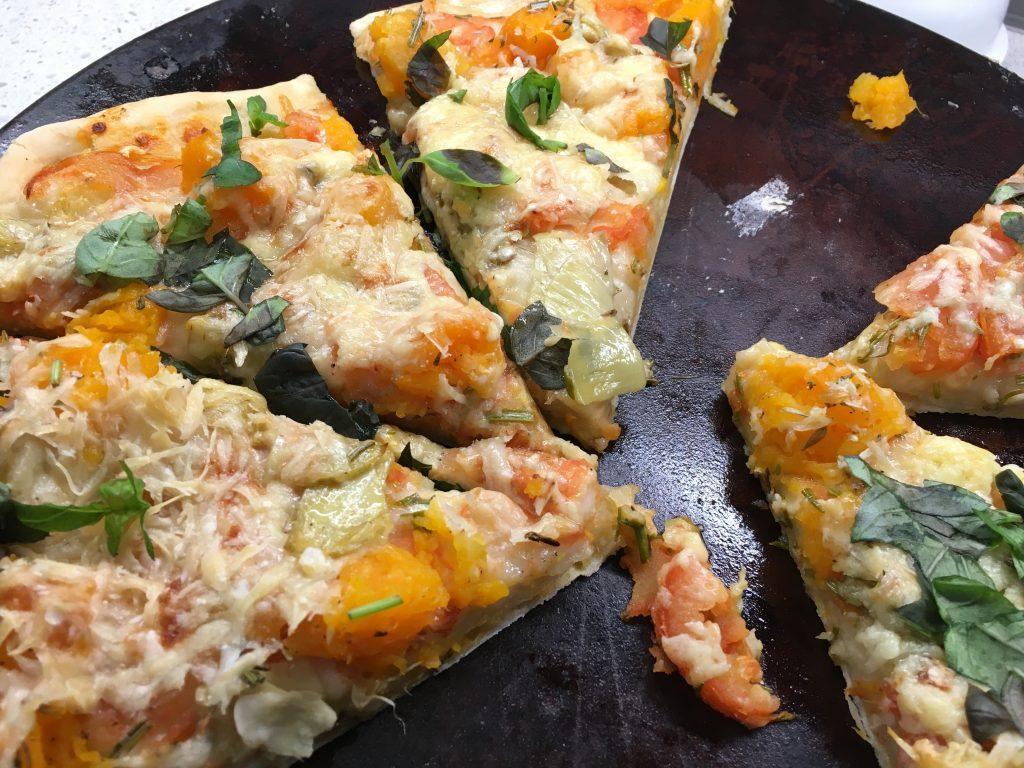 Pizza with homegrown toppings including fresh basil and my stored winter butternut squash.