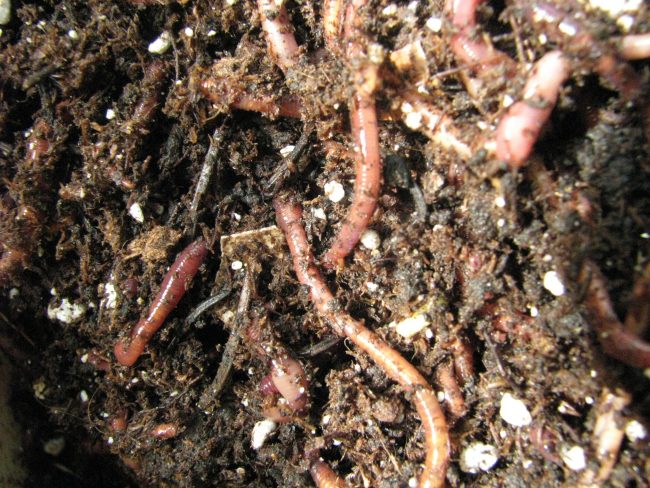 After six months of raising worms, Dan was in trouble. Most of his 8000 worms were dead – only 54 were alive. So he put the survivors in a little sour cream container and took them home….

Dan Rollingson, of Earthly Matters in Coaldale Alberta, was really excited about the potential of raising worms, selling worm castings to gardeners, and creating an independent job for himself. And when he decided to raise worms he went all in: he quit his day job, bought a commercial building and ordered the largest package of worms available.

“[After six months] with my tail between my legs, I put a for rent sign on the shop and I took my little pail of 54 worms home. I put that little pail in my spare room and I started to just watch them and monitor them. I [had] failed quite miserably.” 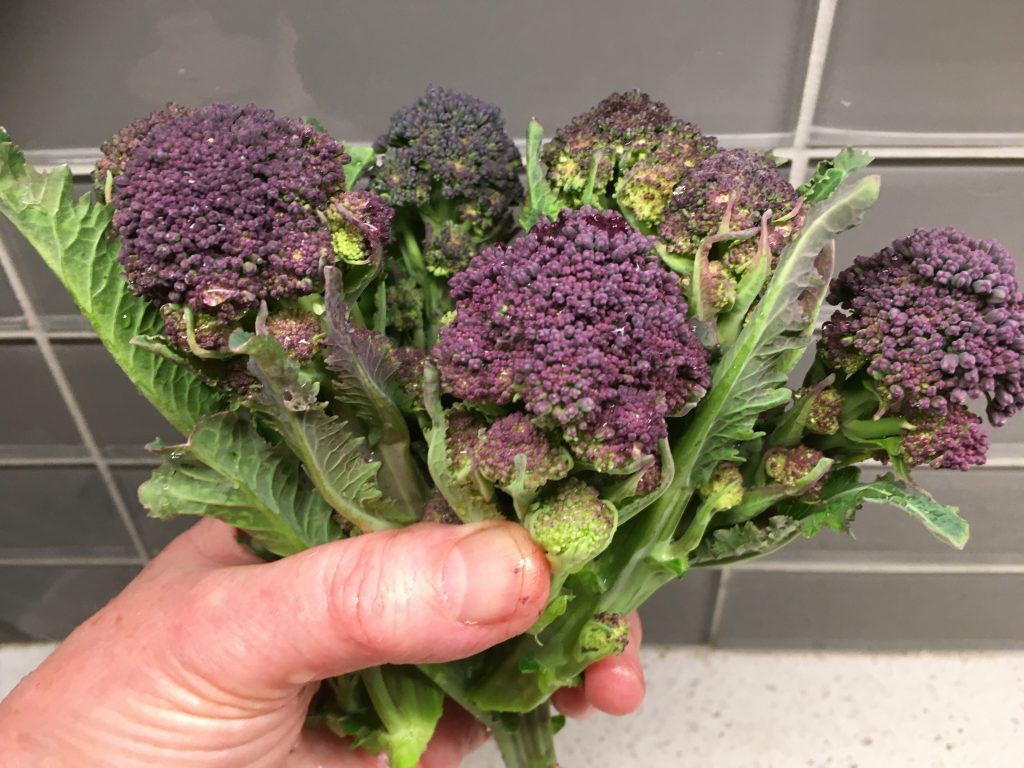 Red Spear broccoli is a type of broccoli that benefits from worm castings in the soil. Worm castings add minerals and microbes to keep plants healthy.

“Vermiculture is basically the feeding and raising of worms.” Dan got the idea from his stepdad, who was hauling worm castings from Kelowna.  When he brought Dan a handful of worm castings home, Dan jumped on the idea. “It didn’t look super hard,” so Dan bought 8,000 worms and the pail system from Unco Industries (https://vermiculture.com/)  because he didn’t want to develop his own worm rearing system and reinvent the wheel.

Meanwhile he “saved up a bit of money”, quit his job, started going to a business class locally, and bought a commercial building with some friends where he planned to raise the worms. “And I learned very quickly that I should have just started in the garage and that’s where I ended up after about six months. Cause I basically killed all my worms. They weren’t happy at all, and I didn’t really know what to do.” 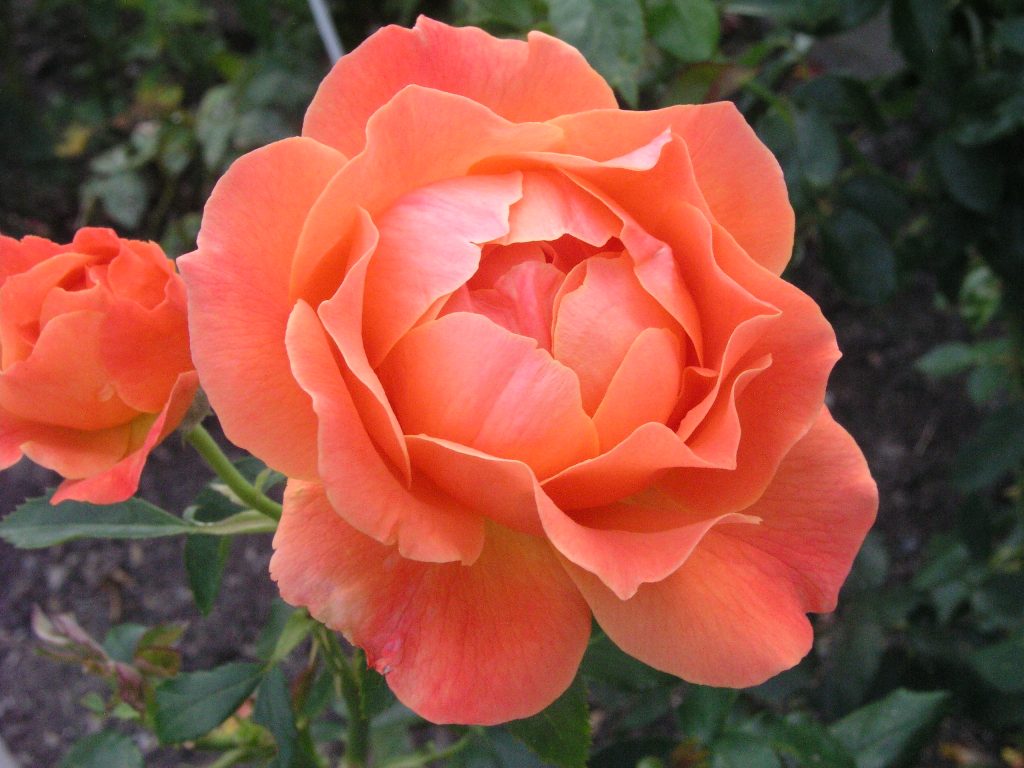 Roses really benefit from worm castings as Dan found out from his clients.

Through his research, Dan discovered how important worms are for breaking down foods into minerals so that plants can take up the nutrients they need.

What did you do to my roses?” asked a fellow with a fine French accent during market day in year two. Dan recognized the voice as a shopper he had sold castings to the year before and he replied “Oh, Oh, what did I do?”

And the French accent said, “I’ve never seen such beautiful roses,” and then he bought more castings. “And that gave me the confidence just to keep going,” says Dan, who’s customer base grew as repeat customers came back and he added sales to organic farms like Mann’s Organics Greenhouse in Coaldale. 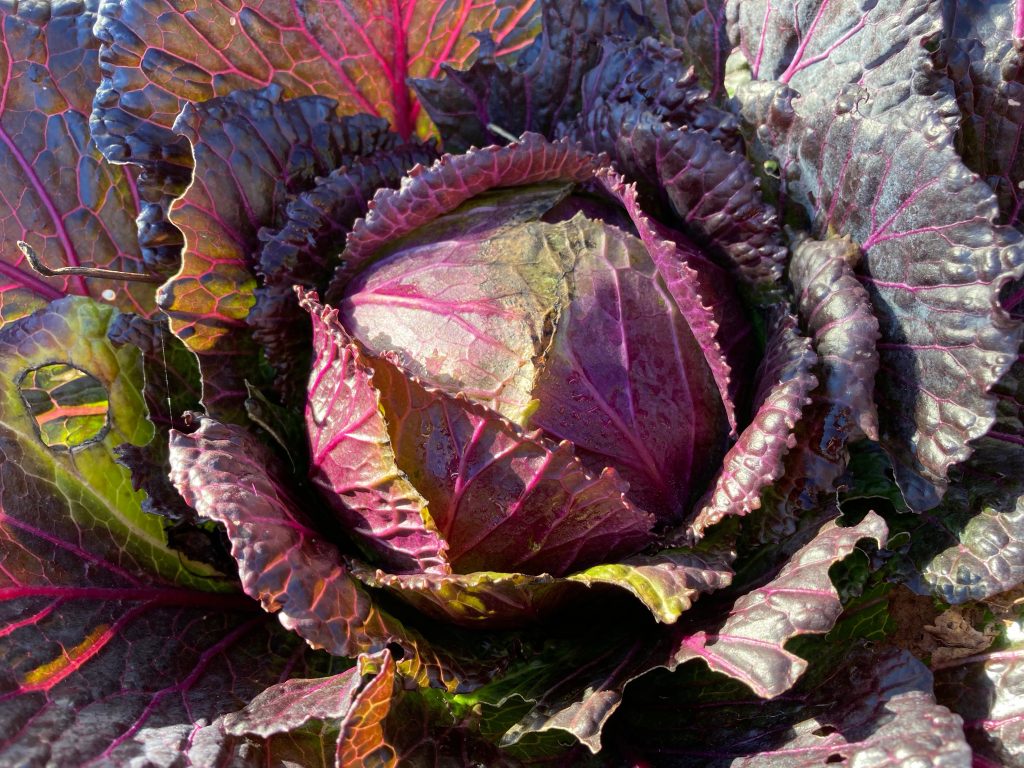 The worm’s gut system includes an amazing grinder to break down their food and some of the soil. The organic grain mixed with bedding feeds the microorganisms already present in the soil and these microbes feed the worms. Earthly matters uses certified organic grain to feed their soil and makes sure to avoid food waste or animal waste so they can control the worm’s environment.

Because of this they have been able to certify their product as organic through Eco Cert.

Dan says his first sale to Mann’s was a turning point but the work was so labor intensive he was burned out from turning  1,000- 1500 pails of worms every two weeks.

Even though the business was finally successful, Dan was ready to quit. 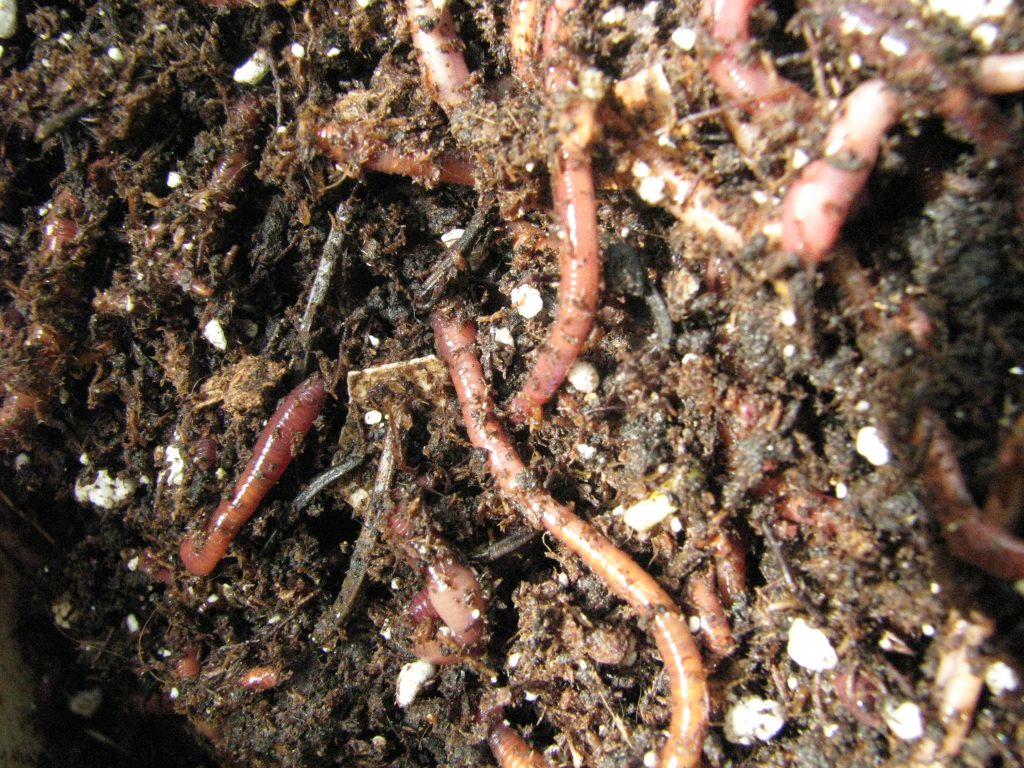 Worms are easily raised at home but Dan at Earthly Matters is making their castings accessible to everyone.

“And my brother said, no, don’t quit. Let’s just keep going with this.” So, together with his brother, a mechanic, they pieced some things together and started increasing the volumes of worms and castings using more mechanization. With their packaging certified by the Canadian Food Inspection Agency (CFIA), Dan has seen sales grow. “We have to follow CFIA requirements for compost. So we have to get it tested for E-coli, Fecal coliform and heavy metals.” This means Dan’s certified castings are both clean and beneficial.

Right now, Earthly Matters worm castings are for sale locally at the Home Hardware in Coaldale and across Canada on Amazon. If you can’t get Dan’s product but want to buy worm castings where you live I asked him what he would suggest. Dan says moisture is important and so is beneficial biology.

So watch out for companies who say their product is pasteurized – this process will kill the good microbes. Ideally, says Dan, you don’t want something that smells because that’s an indication something is off. 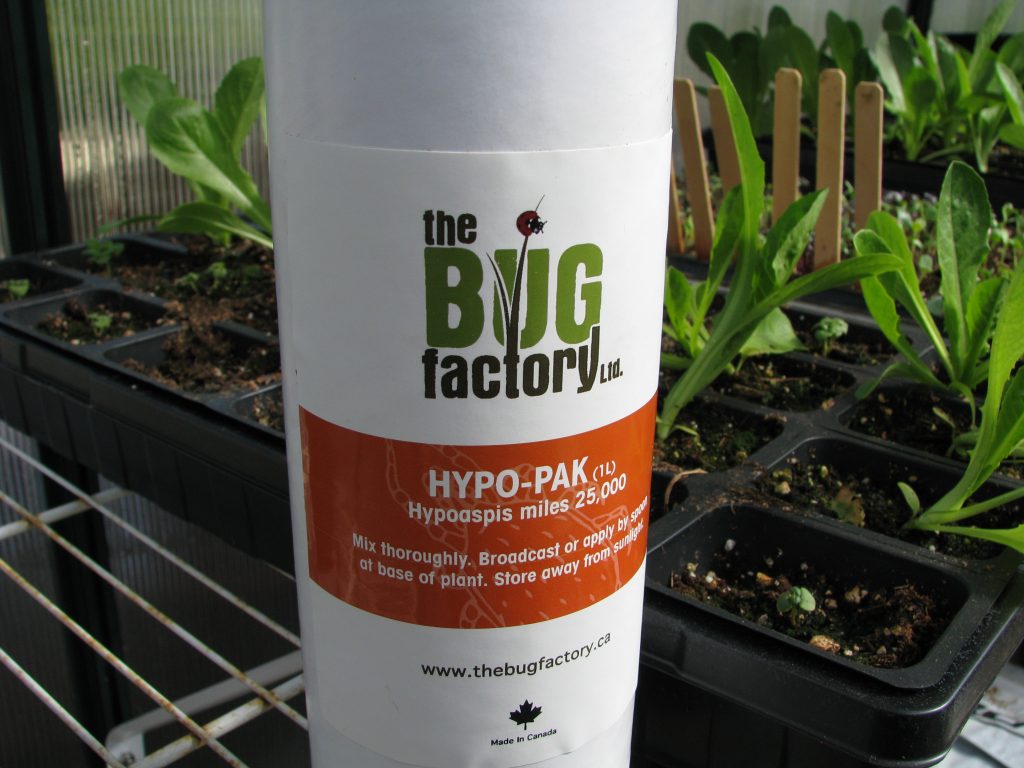 Beneficial bugs like the Fungus gnat predator usually have to be purchased and spread on the soil of houseplants and greenhouses. This container shows the old name Hypoaspis but it is the same beneficial bug recently found in Dan’s worm castings.

The Surprise in Dan’s Castings

And what about the surprise ingredient Dan discovered in his vermicompost? The first laboratory tests showed they should leave chunks of wood in their bins to boost the fungal biology in their worm castings, so instead of sifting out the wood they left it in place. And the wood brought another benefit no one knew was possible.

Stratiolaelaps scimitus (formerly known as Hypoaspis miles – the Fungus gnat predator) started appearing in their bins. Then Rove beetles appeared. Now every time they sell a bag of castings they are also selling a surprise: biological controls or good bugs that eat bad bugs. If you have seen little black flies hovering over your houseplants in winter you have fungus gnats. Commercial greenhouses can order biological controls but it is too expensive for a houseplant or two, so most of us just live with the problem.

Now, with worm castings feeding your plants and amending your soil, the Earthly Matter brand also supplies surprise beneficial bugs. “When I first started to see these [insect] guys, I was, I was a bit nervous. And so I had, I think, three different companies verify what we had because when you start selling, you know, any type of product, you don’t want to start giving people [bugs.]” 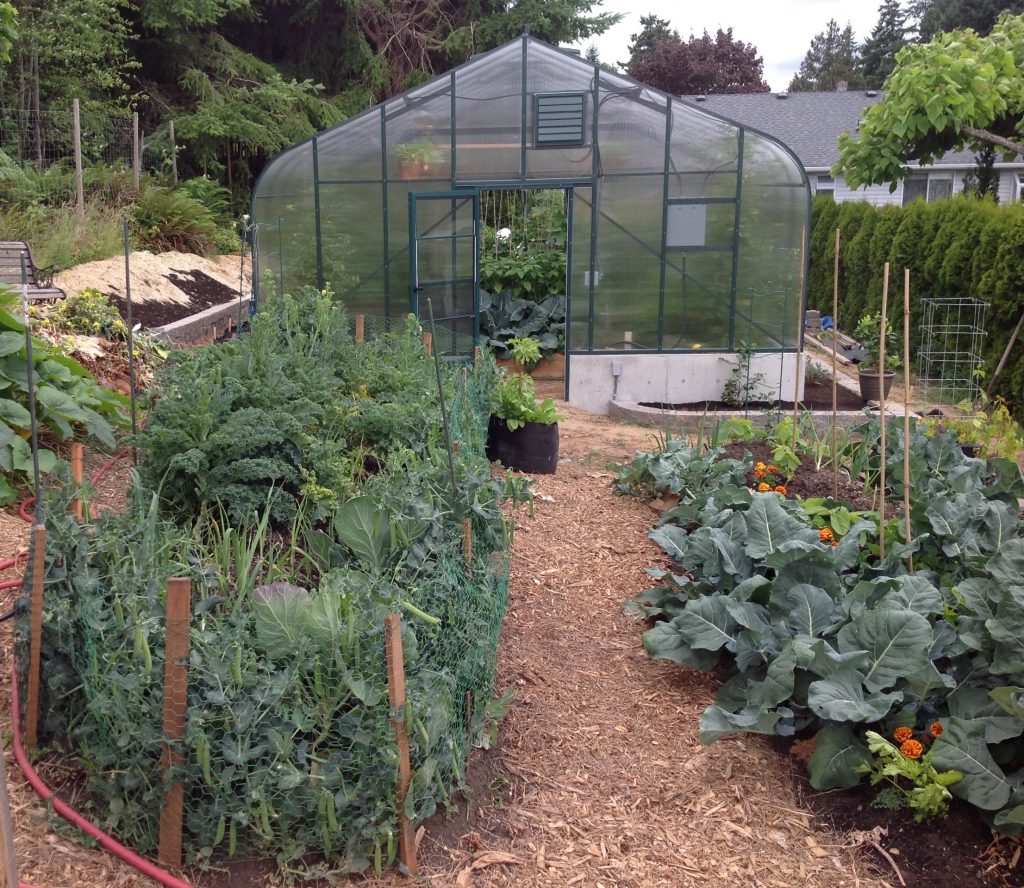 My garden is a diverse mix of indoor and outdoor growing and I really appreciate the benefits of worms and worm castings.

Dan has come a long way from his little sour cream container of 54 worms and it took years before he finally started to make enough money off his  worm-raising venture.

With his brother, Dan has built a business in a small town in Alberta he can be proud of that depends on testing to ensure the product is clean.

Initially, he was forced to find another day job, sell his commercial building and re-examine how he was doing everything. I am so glad for the work Dan did because now his high quality castings have the potential to help gardeners grow and do a better job raising food and flowers.

Dan reminds us to “Keep it simple” when using castings and to  buy natural, not sterilized, castings because sterilization and pasteurization kill life in the soil.

Individuals can take their soil to the next level by making their own or buying certified worm castings. You’ll be glad you did. And if at first you don’t succeed. Try, try again.

This article is an excerpt of the podcast first aired on Helping Gardener’s Grow. Listen to the full  episode HERE. 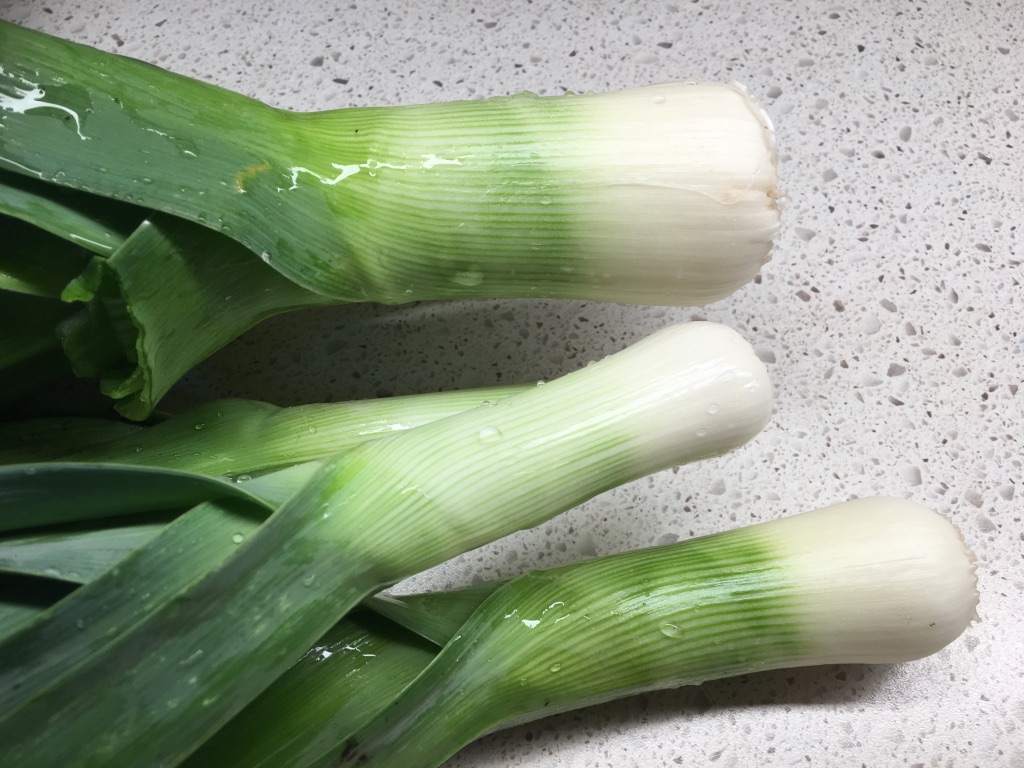