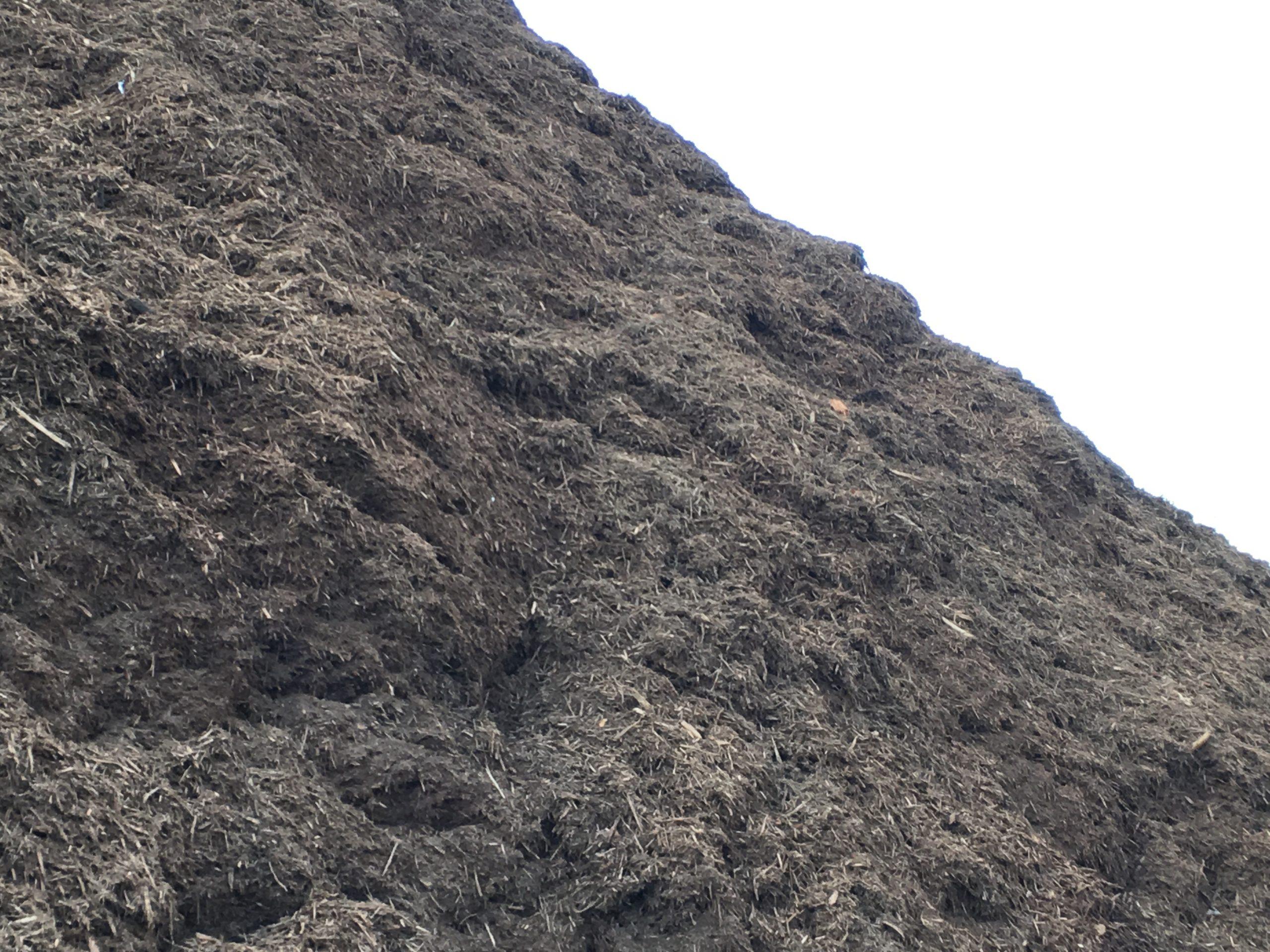 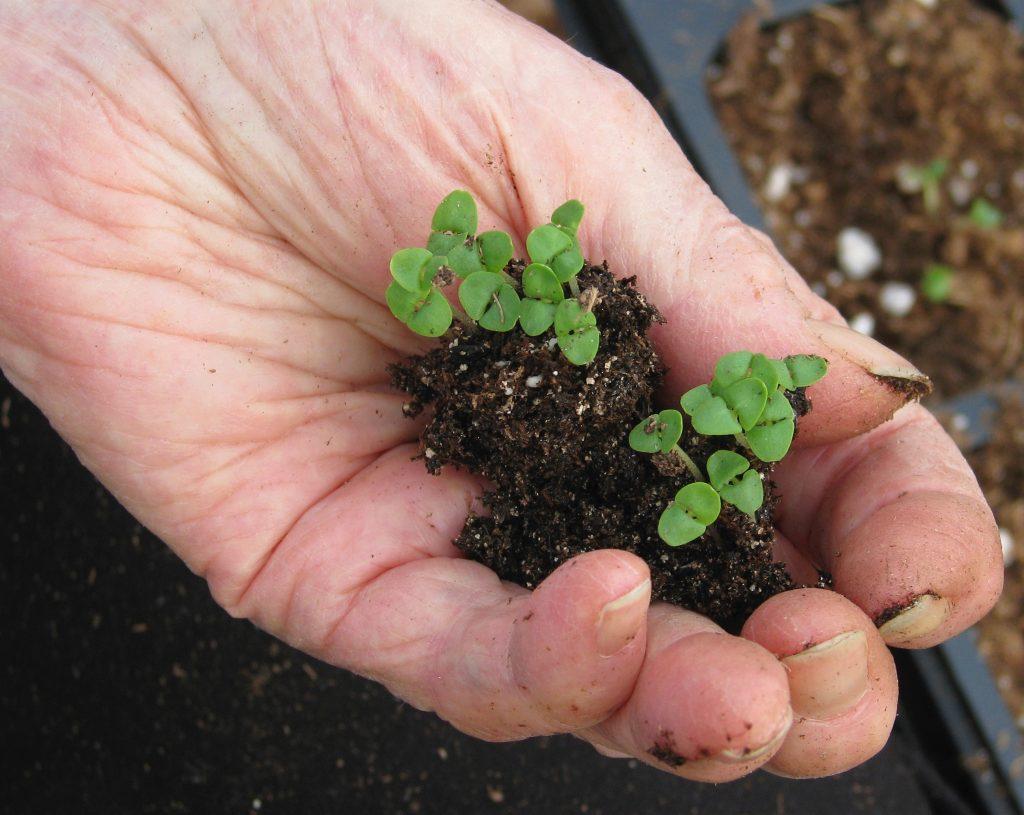 Garden soil absorbs C02 from the air and reduces global warming. It is carbon in the soil that gives it the black colour.

Now you can improve your garden soil and reduce the effects of climate change all at once. New York Times writer Kendra Pierre-Louis reports soil research in ordinary back yards shows that climate change can be tackled simply and easily at home. She shares the  work of Carly Ziter, a Ph.D. candidate at the University of Wisconsin-Madison when she says gardeners can help reduce climate change through the soil improvements they make in their yards. 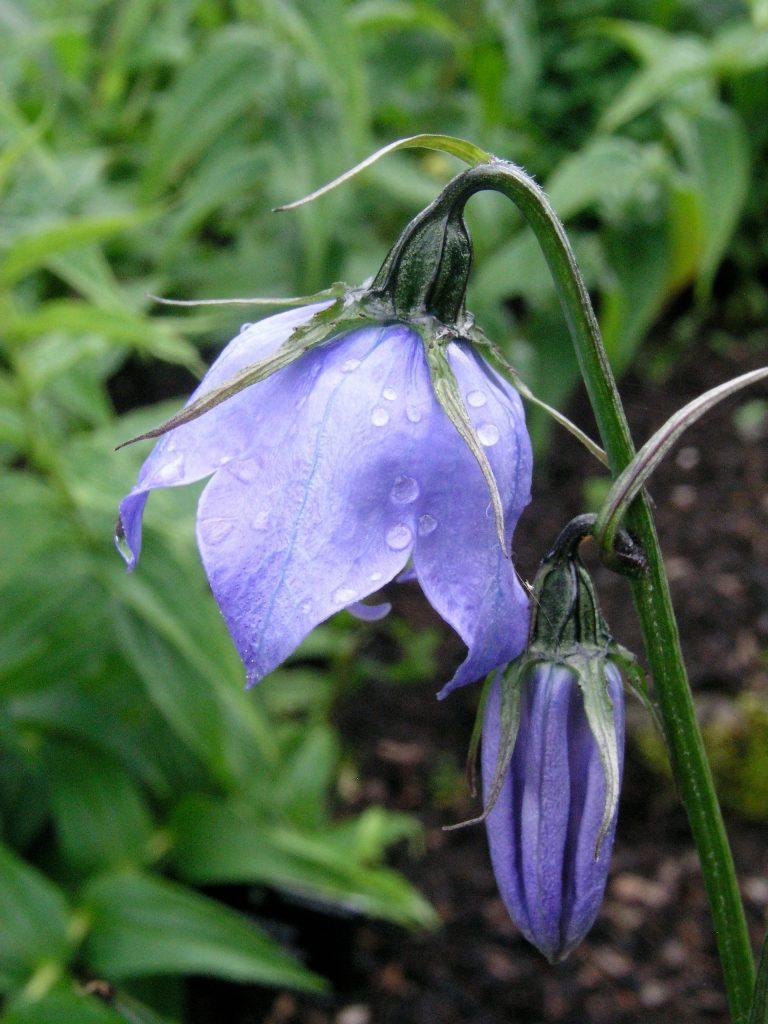 Adenophora forestii var. handeliana is a beautiful member of the bluebell family from China seen in home gardens.

Published March 6, 2018, the new research is a hopeful piece for gardeners everywhere. It justifies what we do with our soil: we constantly add organic matter and we improve our planet at the same time. “Your average backyard has hidden superpowers” says Kendra, “Its soil can absorb and store a significant amount of carbon from the air, unexpectedly making such green spaces an important asset in the battle against climate change. 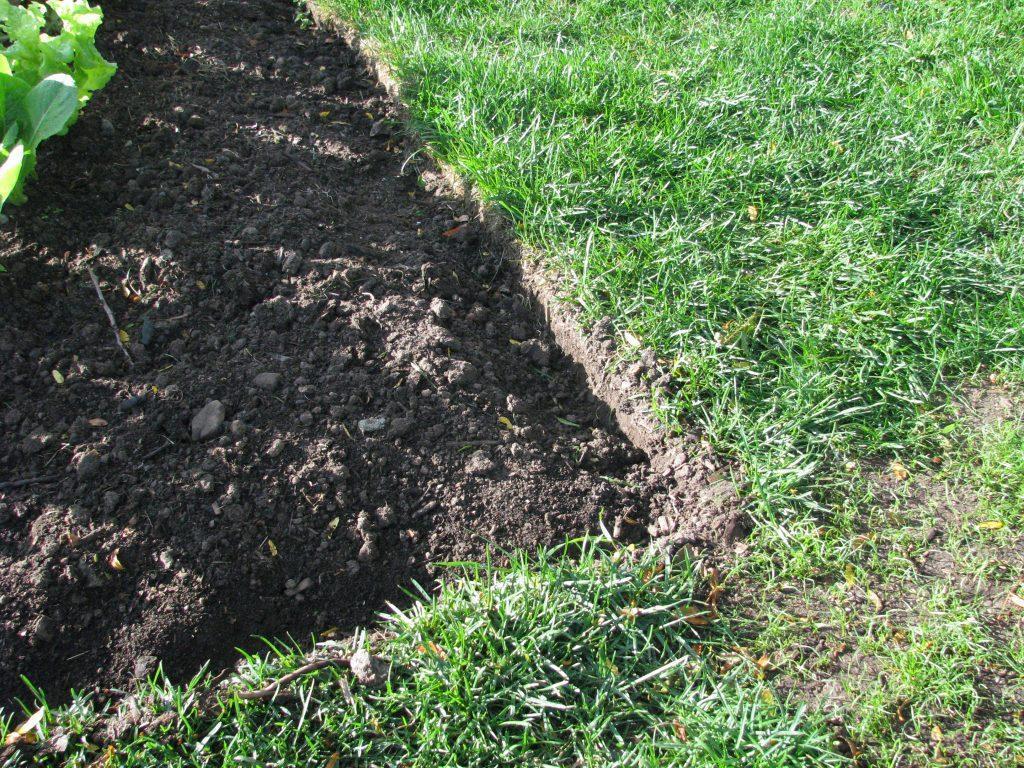 Organic matter under grass is always multiplying because grass roots grow and die, adding organic matter over time. In open soil, especially soil that is turned, the organic matter disappears over time and releases C02 back into the air.

Kendra also says that “the new research explains how soils can lock in more planet-warming carbon emissions than soils found in native grasslands or urban forests like arboretums.” She adds:  “Carly Ziter’s paper published Tuesday in the journal Ecological Applications, were something of a surprise, given that those of us who have yards generally don’t think of them as “nature,” or as especially beneficial to the environment. But at least in this case, the things we enjoy for ourselves are also helping the community at large.” 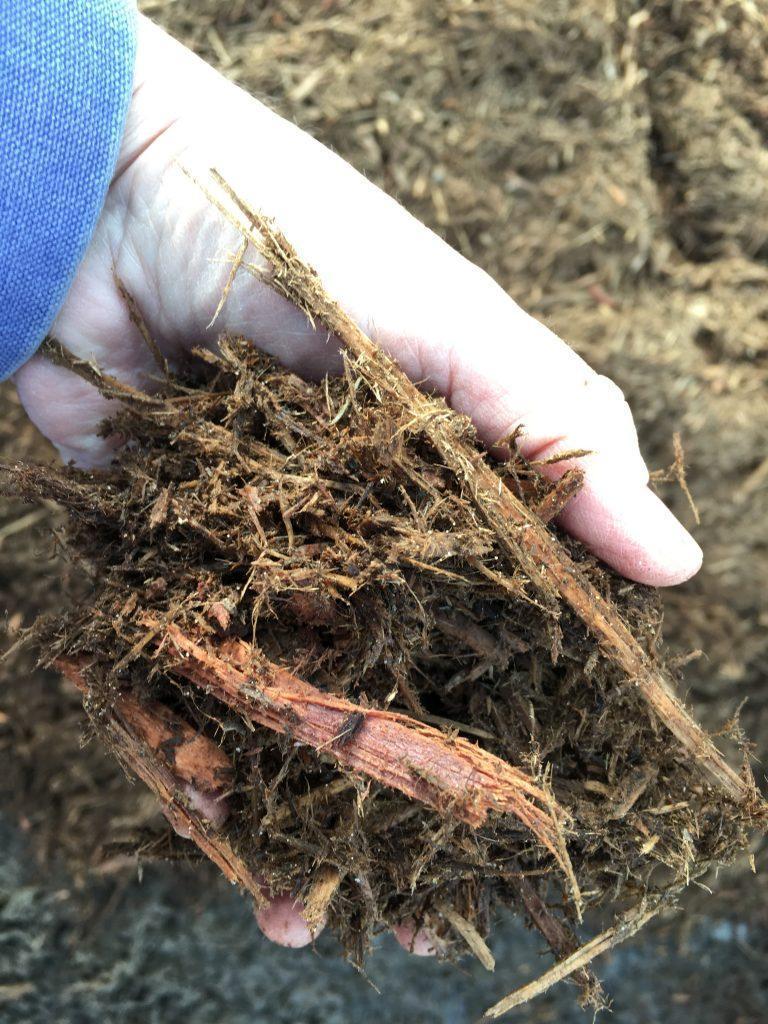 Coarse bark and wood mulch takes ages to break down and it doesn’t become soil until it can no longer be identified as bark. Shredding it finely before adding it to fish waste creates new soil and new compost at companies like Earthbank in Parksville, BC.

Almost all soil types benefit from the addition of organic matter (carbon) because extra organic matter makes the soils softer and easier to work. In sandy soils it also holds moisture. In all soils organic matter makes a handy home for microbes and they slowly release nutrients to plants. The carbon in the soil is measured as a percentage – and each year soils lose organic matter when they are worked. Where they may have had up to 10% by volume initially, many soils have less than 1% now. 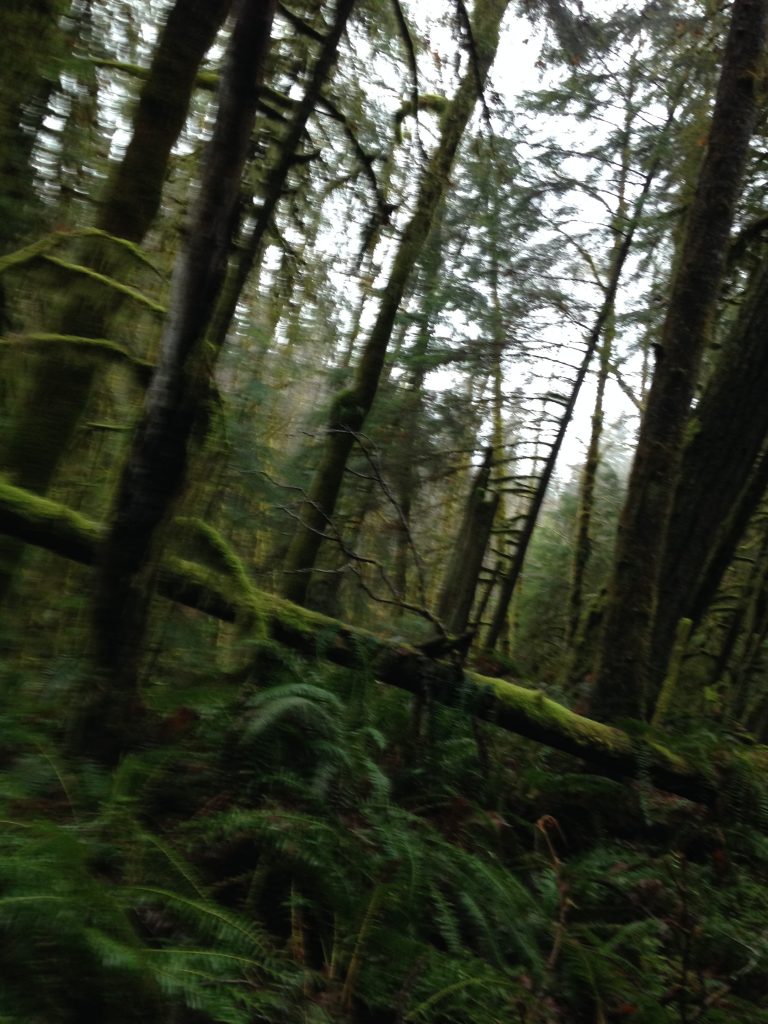 Forests never need to be fertilized because they add their own organic matter annually and reach a steady-state of carbon in soil over time. The new study shows that garden soil may become even higher in carbon-holding organic matter than ever.

Carbon in the soil absorbs C02 from the air and this reduces global warming worldwide. Every gardener has the option to improve their soil by adding organic matter and making the world a better place.

This isn’t the first time I have  read about gardeners saving the world one yard at a time….I read and shared the news that soils, and specifically carbon added to soils is beneficial in a new book last year. Terra Pretta: How the World’s Most Fertile Soil Can Help Reverse Climate Change and Reduce World Hunger by Ute Scheub, Haiko Pieplow, Hans-Peter Schmidt & Kathleen Draper (2016, Greystone Books) explains the use of Biochar to keep carbon locked in the soil.

In Terra Pretta I learned  “A 100-square-meter (1,000-square-foot) plot of land with a humus content of 1% stores approximately 0.3 tons of carbon, or roughly 1 ton of carbon dioxide. Therefore, for every additional percent of humus stored in the same area, one additional ton of CO2 can be sequestered; humus content of 10%= 10 tons.” 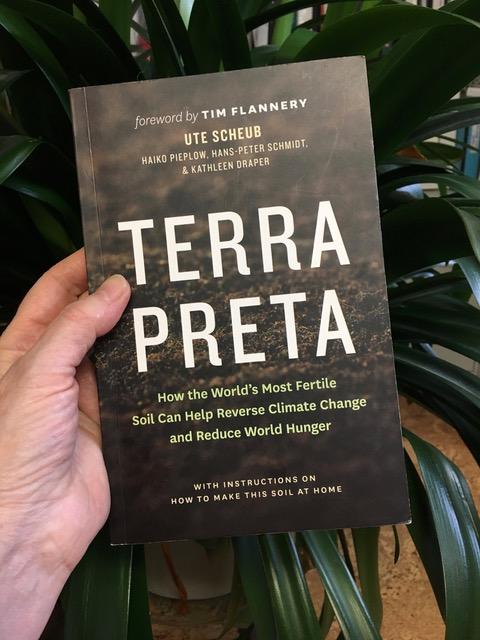 How do you access Biochar for your own garden? Luckily I am linked in with the CFI certified Canadian supplier of Biochar – Airterra. You can order it HERE on my site or pick it up this weekend at the seedy Saturday event in Calgary. Adding permanent sources of carbon to your soil means storing the carbon forever.

You can improve your garden soil with organic matter, also called humus. To keep the soil charged up and giving back with permanent carbon like biochar, means you don’t have to keep adding humus to the soil. Reducing your tillage also holds the carbon in the soil longer. As you think ahead to spring think about the ways you can improve your soil forever.