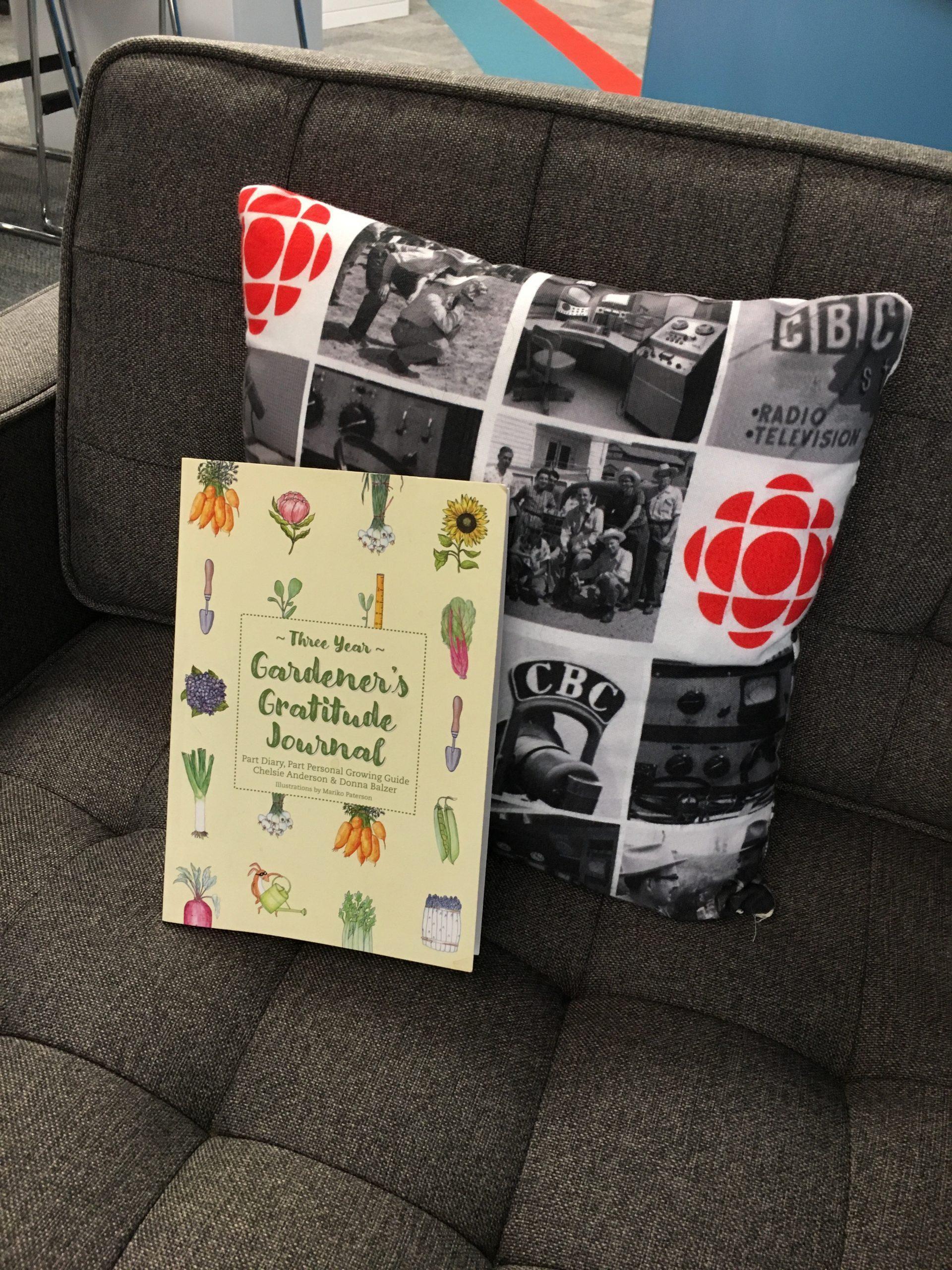 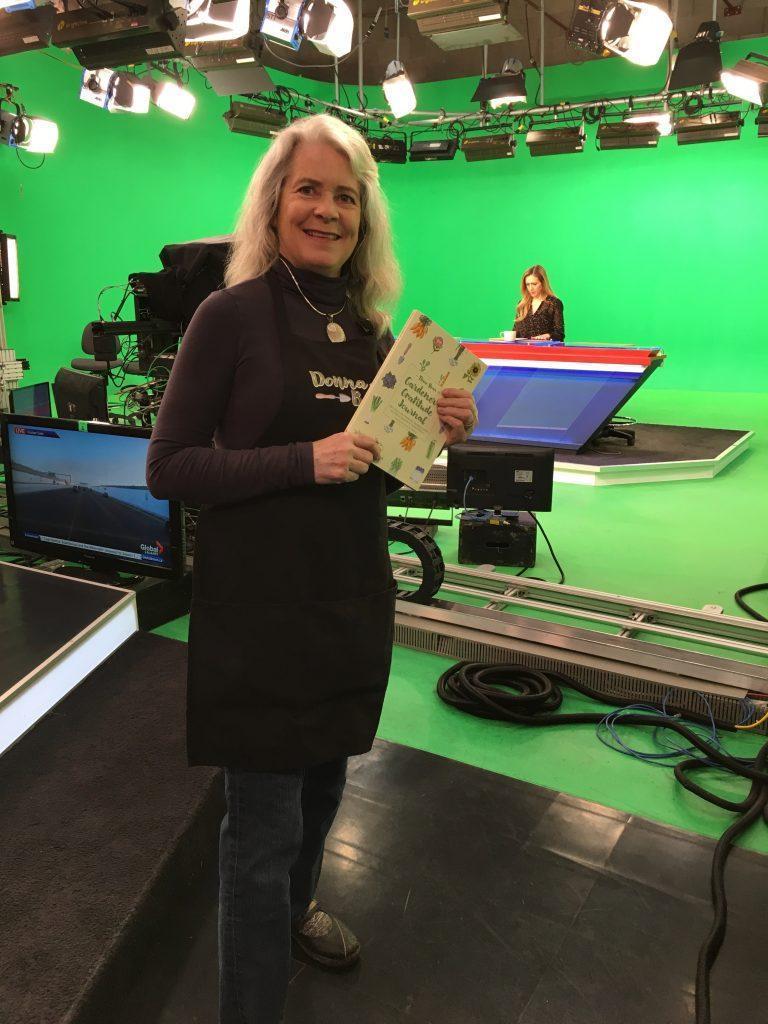 It’s early in the morning and Donna is standing in front of the Green Screen at Global TV waiting to introduce her latest book! 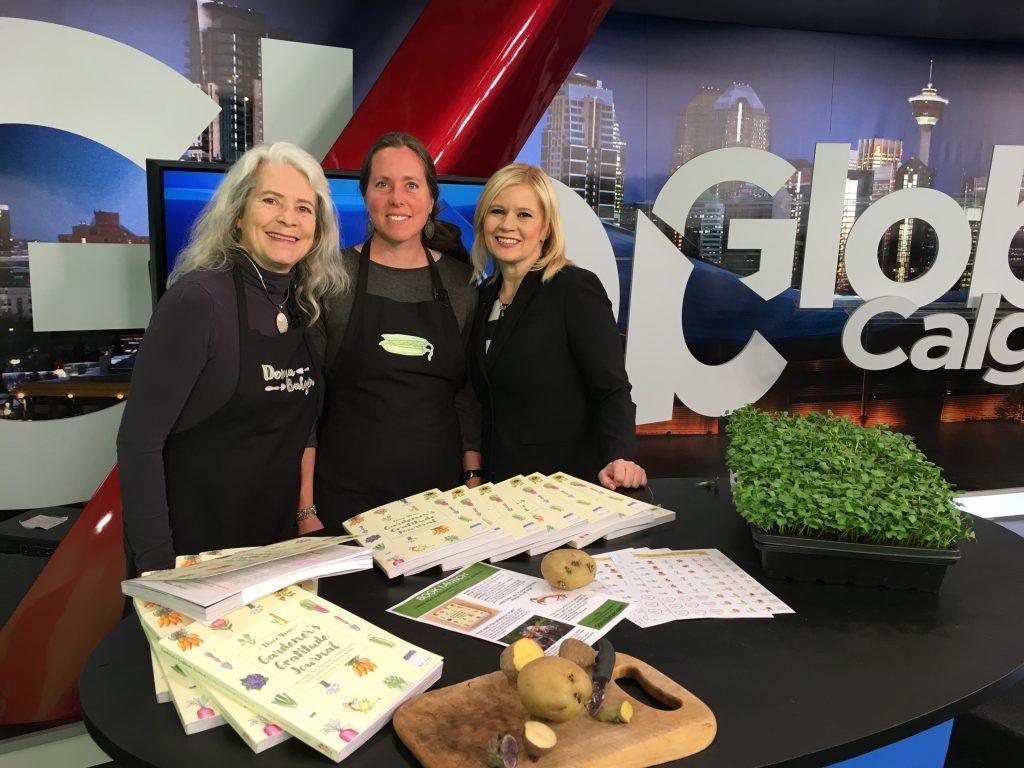 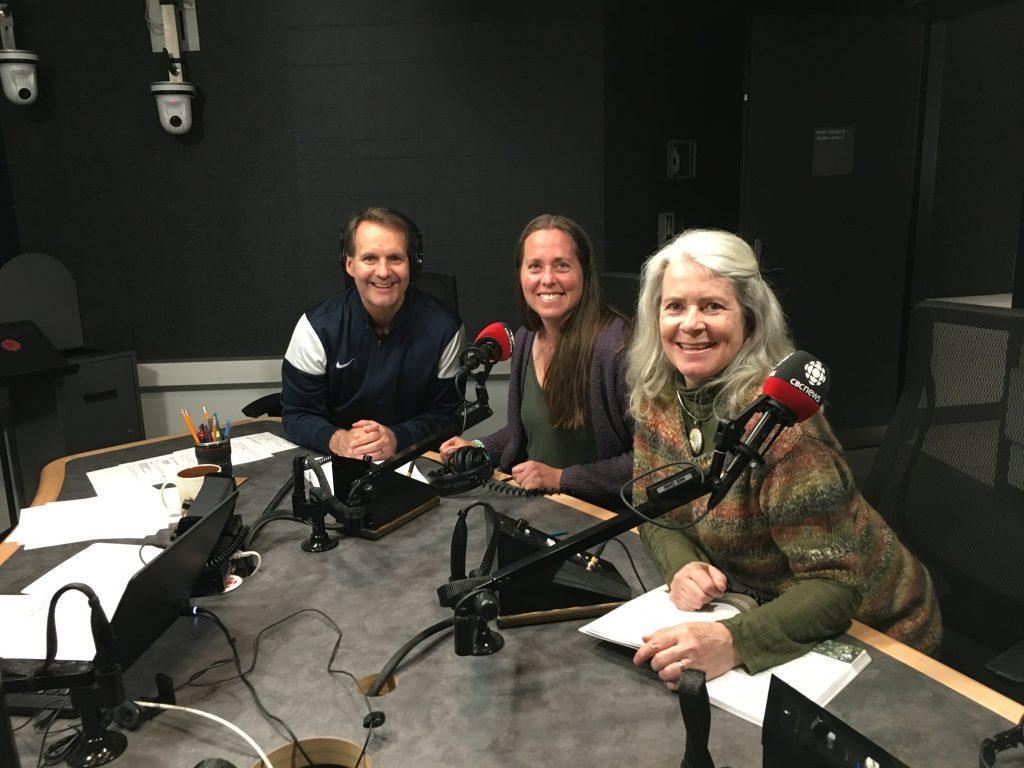 Doug Dirks interviews us for the drive-home show in the new CBC studios in Calgary, Alberta. We were told later that Chelsie and I have very similar radio voices so the overall effect was tricky. People couldn’t tell who was saying what!

“This is just one line a day for three years, so you can reflect back on what happened last year, the year before. ‘When was that first tomato? What was that first bug? When did I hear a frog?’ All those little things you record, and then they are right at your fingertips,” Balzer said.

Click on this link to read the CBC write-up about the interview!

Doug, Chelsie and I had a lively conversation and if you want to hear how it went down live listen up HERE